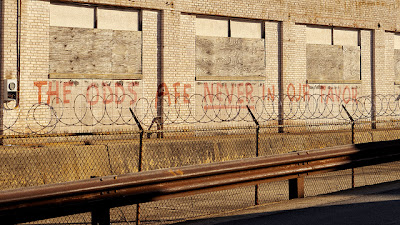 The lottery is just a tax on people who aren't good at math.

If you heard someone say "RIP.  Just killed the club." would you think that was a  rap lyric or a financial decision?  If you guessed either you are right but if you guessed both then you see where I'm going with this.  Recently, The Game, tweeted a picture of a receipt from the Greystone Manor after a night of drinking in LA.

The receipt showed a couple bottles of this and a couple bottles of that with a few Redbulls and water thrown into the mix for balance.  His grand total?  A whopping $15,593.13 after tip, service charge and tax!  I think I'm most offended by the $12 bottles of water.  That's just unreasonable unless it was water from the fountain of youth.  Either way, that my friends is how you burn through a stack of cash in style.  Good thing Mr. Game has a big ass pile of cash to burn.  He's worth about $45 million and sits right behind Nicki Minaj at number 45 on the top 50 richest rappers net worth list.

Think about that for a second.  Same net worth as Nicki Minaj. Shame on you, Game.  Shame!
Posted by Mike at 1:03 PM No comments:

Didn't anyone ever tell New York Giants defensive end Shaun Rogers not to trust strangers?  According to reports Rogers spent the night partying in Miami when he met a nice young lady.  Rogers and this nice young lady returned to his hotel and had sex.  When Rogers awoke the next morning afternoon the nice young lady from the previous night was gone… along with $400k of his jewelry which he had placed in the hotel safe.  Lost in the robbery was a $100k pair of earrings, a $50k gold chain and two watches worth $160k.

The plight of the NFL player is a common one.  Since he wears a helmet when he’s on TV he doesn’t get the kind of recognition he desires when in public.  The NFL player makes up for this by spending recklessly on jewelry and nights on the town.  This kind of flashy behavior attracts predators of all shapes and sizes, including beautiful women.  When you have millions of dollars you have to be especially aware of predators that are out to treat you like an ATM.  Enjoy your money as privately and responsibly as possible.  Beware stranger danger.  And don’t trust hotel safes.
Posted by Mike at 8:54 AM 1 comment:

Whoa, that was a bombshell.  That was probably not the best thing to announce to a group of reporters.  Diaz has long been known for his standoffish and cold demeanor towards the media so there’s a chance he’s just trolling everybody in the wake of the 25 minute beat down he received courtesy of Georges St. Pierre.  Still, Diaz made a reported $200k for his fight against the champ in Montreal.  You can be damn sure the tax man, both Canadian and American, will be looking for their fair share of his check.  Diaz would be wise to square up with the IRS, squirrel away some dough for his post fighting days and quit violating the first rule of Goodfellas; “Always keep your mouth shut.”  A word to wise, taxes brought down Al Capone… well that and syphilis.
Posted by Mike at 8:53 AM 1 comment:

If I get a phone call before 8 a.m. on a Thursday morning, I know it's a payroll mistake.  A lot of people live paycheck to paycheck so when mistakes happen, madness ensues. Here are some of the hilarious and sad stories from payroll.

In order for me, Debtzilla, to become a millionaire, and lead my future Debtzillians into financial freedom, I pledge to do (and/or work towards) the following:
STARTING RIGHT NOW

IN THE  NEAR FUTURE